Getting personal: Using hand-written notes to connect with members and increase retention

I received the loveliest note from a dear friend yesterday. Handwritten on a humorous greeting card only she and I could truly appreciate, she thanked me for our friendship and for just being me. It was simple and unexpected and I’ll cherish it forever.

I have another friend who mails me postcards every few weeks — kitschy relics he picks up at antique stores and re-uses. My favorites are vintage photos of old supper clubs and motor inns. I save them all.

I have, in fact, a box full of special notes, letters and cards that go back to my childhood — precious messages written by hand from high school friends, my mother, my grandmother, my husband. They mean a lot to me and I wouldn't dream of throwing them away.

In a world of knocked out texts and emails, hand-written notes are an anomaly. Think about the last time you received a hand-written note by mail. I bet it got your attention and made you slow down so you could appreciate the message. Maybe it was nice enough that you tacked it to your office wall for everyone to see. It made you feel good didn’t it? Kind of special?

What if you extended that same feeling to your association members? Imagine the impact a sincere, hand-written note would have on member satisfaction and retention.

It starts with prospective members. What if you had a targeted list of pre-qualified prospects and your CEO hand-wrote a special note to each inviting them to join your association or attend one of your events as her guest. Wow! At the most, they’d join or attend. At the least, you’ve opened a door of communication that will likely be reciprocated, but most certainly remembered.

For new members, a hand-written welcome, along with your “new member kit,” is a great first step to building relationships and engagement.

Get yourself a set of branded notecards or stationary and start reaching out today. Consider these ideas:

Letters of congratulations for

Letters of thanks to

There are so many ways to connect personally with your members and make impressions that last. It requires extra time and thought, for sure, but that extra touch will be remembered and appreciated, and will likely translate to greater member satisfaction and increased retention.

Now, grab a pen and make someone feel special today! 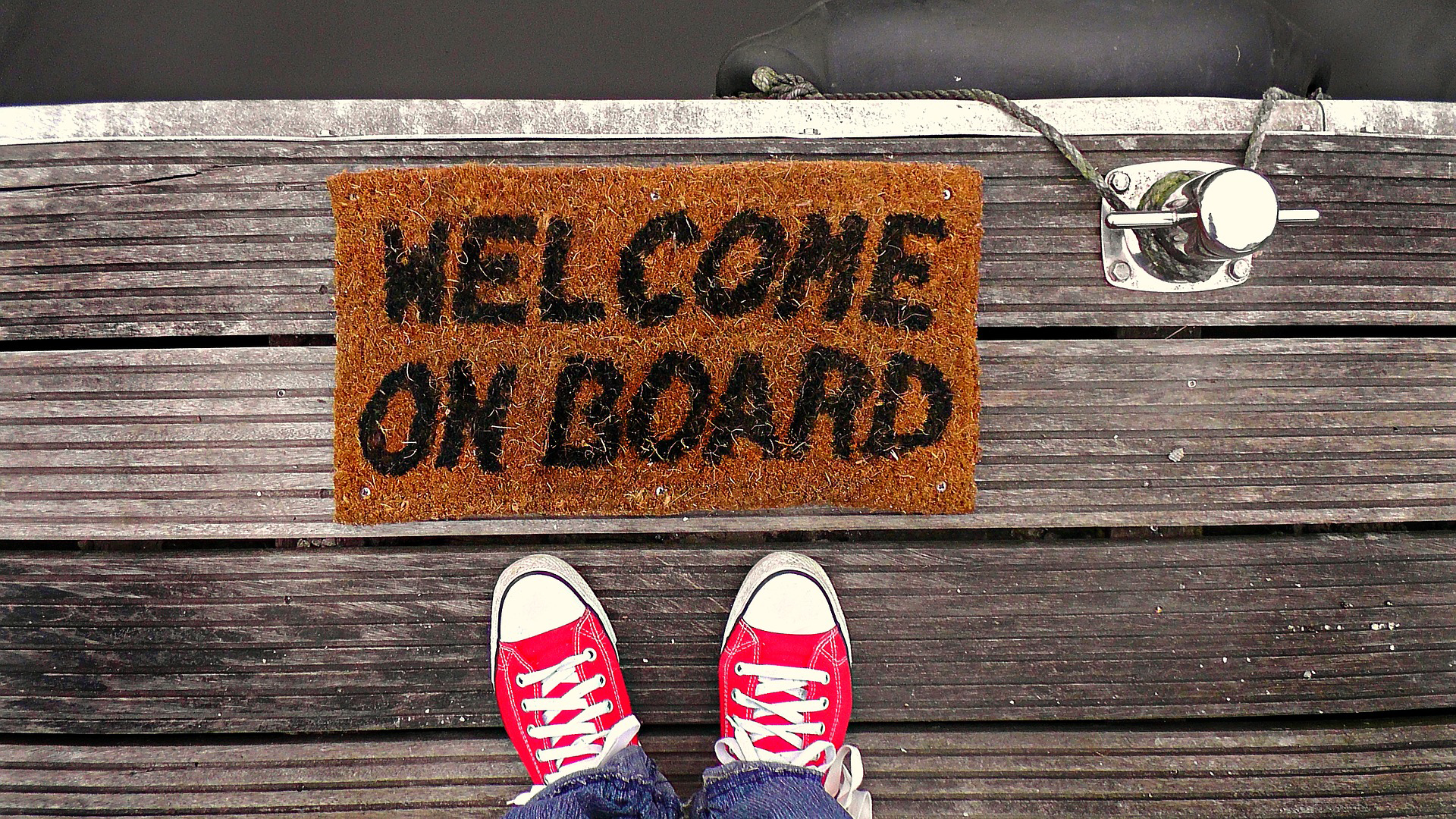 Members are the driving force behind any organization, and a new member’s first impression could be the deciding factor in their length of stay, participation and whether they, return should they ever decide to leave.

New members and prospects must be a high priority, focus should be on answering their questions, familiarizing them with the goals and mission of the organization and getting them involved with the various groups and committees as soon as possible.

Here are a few extra actions you can take to ensure an affirmative lasting impression:

For your next conference:

All these suggestions will ensure new members feel they are welcome and important components of the organization. The goal is to encourage new members to renew their memberships, increasing retention. 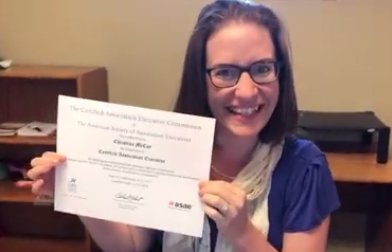 What’s in your bag? Using video to up the entertainment value of your social presence

I like to watch Tara Hunt’s Truly Social series on YouTube. She did an episode on 5 Types of YouTube Videos Brands Should Make. It gave me pause.

One of my ongoing responsibilities here at AMPED Association Management is to produce regular publications for some of our clients. When a new issue is dropped, we announce it, with content highlights, across our various social channels, including Facebook, Twitter, Instagram, LinkedIn and the client’s online community.

These promotional announcements used to be text-only, and perhaps a little text-heavy. We’ve begun including an image, often of a staff member reading or presenting the new issue. We try to make sure the image is fun and engaging, and helps to put a personal face on the client association. Sometimes, we do video announcements that similarly feature a staff member presenting the publication and running through content highlights. Organic and engaging? Yes! But, the ideas in Tara’s video up the entertainment value and do so while keeping the process easy and the tone light. After watching the video, I have been thinking about different ways to apply many of these formats to benefit our clients.

One of Tara’s suggested format types, “Hauls,” reminded me of the “What’s in your bag” feature I sometimes see in magazines, where they lay out what a certain socialite is supposedly carrying around in her tote bag. I thought this might make a fun publication announcement:

The bottom line is that we want to provide content that members will find valuable, and that will cement our client’s position as an important source of information for their members. And, we want members to find our social presence entertaining. If your content is entertaining, your audience will like it, comment on it and share it. Their connections will then see it. And, they’ll all find themselves compelled to return later to see what’s new, building their personal connection to your association. 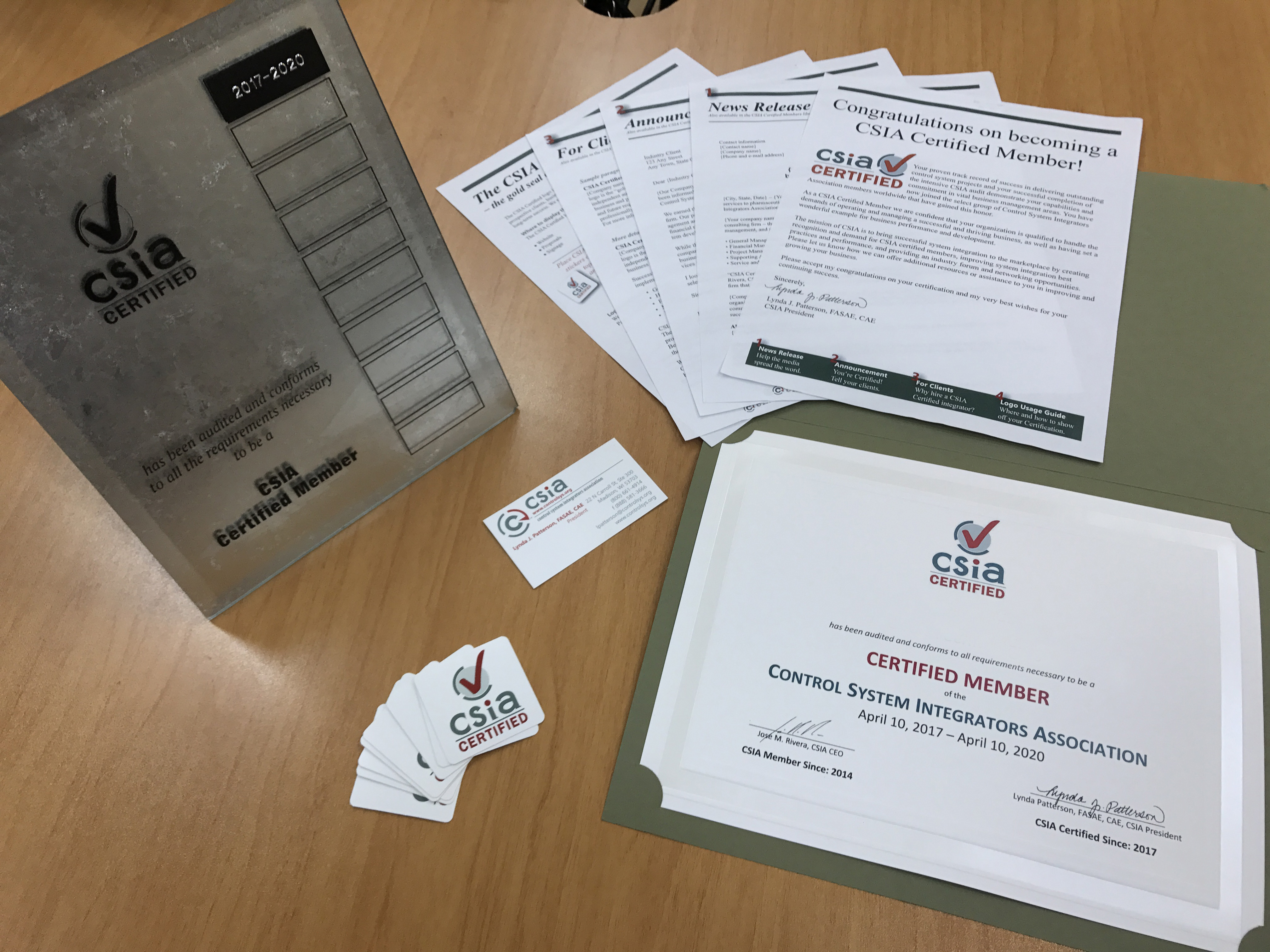 Working in association management, it is important to find ways to connect with and recognize association members. The certification program offered by our client, the Control System Integrators Association (CSIA), provides a great example – the chance to recognize member companies that have achieved CSIA Certification or certification renewal.

Recognition of companies that successfully complete an audit is a good way to boost the visibility of the certification program. More importantly though, we understand the amount of hard work and dedication that members put into preparing for a certification audit and are eager to acknowledge this achievement!

These are some of the ways CSIA members’ certification success is recognized.

Social Media Recognition
One of the most immediate ways we acknowledge CSIA Certified and recertified companies is through social media. In a matter of minutes, a post announcing a company’s certification can reach so many people. In terms of simplicity and effectiveness, social media is certainly one of the most successful recognition tools we use.

Certified Membership
Upon successful completion of the certification audit, a company is classified as a Certified member. By providing this membership category CSIA Certified companies are easily recognizable. This membership category also provides unique benefits such as access to certification-specific materials and a larger discount off the purchase price of an online profile on CSIA’s online marketplace, the Exchange.

Certification Materials
Certified companies receive a packet of information from CSIA soon after their certification is processed. Materials sent include:

Annual Conference Recognition
The annual CSIA Executive Conference brings the industry together and we have found that it is an ideal time to recognize Certified members. Conference recognition methods have included:

We are always searching for new, creative recognition methods to try. No matter our approach, the primary intent of certification recognition is to connect with the member and to demonstrate that we take their accomplishment seriously. It is our experience that members who feel appreciated by and connected to their association add a great deal to its success!