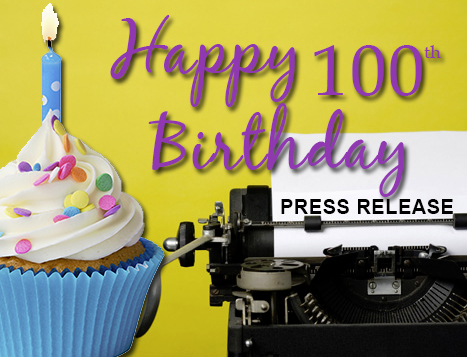 Next month marks the 100th birthday of the press release. On October 28, 1906, more than 50 people lost their lives when one of the Pennsylvania Railroad’s new electric service trains jumped the track and plunged into Thoroughfare Creek near Atlantic City, New Jersey. The Pennsylvania Railroad was a client of Ivy Lee, a publicity expert who is largely considered to be a father of modern public relations. Concerned about the potential for bad press and negative media speculation, Lee wrote and distributed the first-ever press release on behalf of the railroad. He issued an announcement about the incident to all major newspapers, and also invited members of the press to ride a specially-designated train out to survey and document the scene for themselves. The approach was widely applauded for being open and honest. And the strategy was considered revolutionary. Not only did it facilitate journalists doing their job of providing accurate reporting, but it helped put rumors to rest, shoring up the brand and its side of the story.

Some may argue that the press release’s time has come and gone. But, here at AMPED, we have been successfully growing the media presence of our clients in industry publications, and a key component of our strategy revolves around using press releases. They remain a great way to spread the word out about our clients, while building their credibility and branding. While no longer considered even remotely revolutionary, press releases have certainly come a long way since Ivy Lee’s time.

I have compiled ideas below to help you maximize your time and effort put into using press releases.

Writing and preparation
Today, the content of a press release is often published as it is written, especially online, so write as if you are preparing an article for your target reader’s direct consumption. Focus more on the story and less on the accomplishments and accolades. Include photos, video, infographs and other assets that will help media outlets convey your story.

Consider how your press release fits into your sales process cycle. Every press release should include a call to action. Let readers know what you want them to do.

Finally, make sure your press release is optimized for SEO by including key words and using text links back to relevant web pages.

Distribution
Use this opportunity to develop and strengthen your relationship with your industry publication contacts. Rather than sending a blanket communication to your entire contact list, send it out individually, communicating why your story matters to the audience they serve, asking if they will consider featuring your content and exploring how you might continue to work together in the future.

Finally, don’t forget about social media. Repurpose key nuggets from your press release into sharable social media content. And, certainly, amplify the effects of any resulting media coverage by promoting it through all your social media channels.

Just this morning, a colleague shared that she had received two requests for additional information from media who received a press release from us last week. The press release is not dead, but the times have changed.

Tweet
Tags:
history media news release press release public relations
How to reach clients who have never heard of you
So much to learn: Tips for gaining association kno...

More posts from author
Wednesday, 28 March 2018 Conference photographers – Think like a marketer not like a photographer
Wednesday, 08 November 2017 Ten top tips for content creation
Wednesday, 12 July 2017 What’s in your bag? Using video to up the entertainment value of your social presence

Relationships matter when working with the media

How to be a reporter’s favorite source: Ten tips, plus bonus tips for recorded interviews