When a fantasy sports draft is sacked: Taking the game virtual 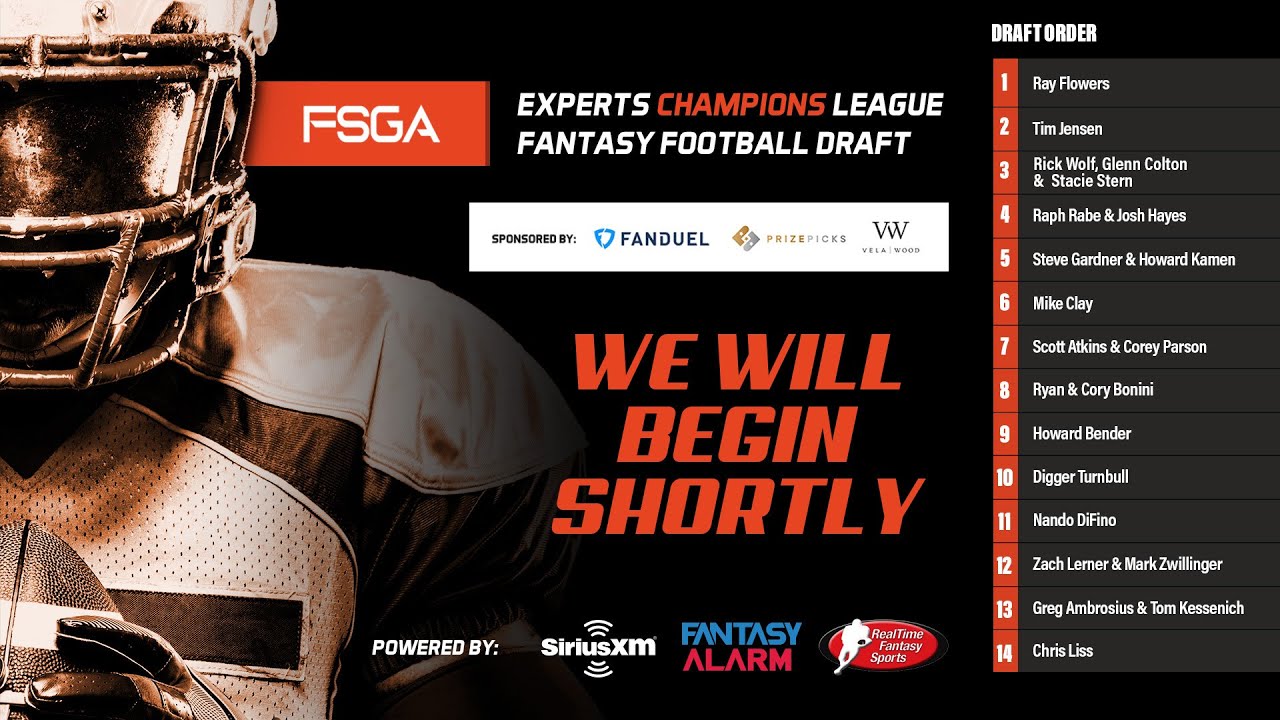 In June 2020, the Fantasy Sports and Gaming Association (FSGA) was ready to bring the magic of in-person fantasy football drafts and the excitement of live sports gaming to their Summer Conference in Dallas, Texas. As in past years, all the big names in fantasy sports and content production would be there, including ESPN, FanDuel, DraftKings, Realtime Fantasy Sports, and Yahoo, plus many smaller companies and start-ups trying to make a name for themselves in fantasy sports and gaming.

At least that was the plan. But this was 2020, and no one was meeting in-person.

Fortunately for FSGA, some of its members are broadcasters, on-air personalities, and social media stars, with working knowledge of technology and content creation. The pivot to a virtual event became a great way for these companies to use their inherent abilities and show off what they could do.

When done in-person, the expert fantasy league drafts are public-facing, annual events in which champion players on four leagues select their fantasy football teams while the public tunes in, live, over the Sirius XM network. It takes place well before the usual drafts and gives listeners a sneak peek at what top fantasy players are thinking about the season to come.

FSGA in-person events had not yet combined sports gaming and the season-long play of fantasy sports. Since all normality was out the window, the members decided to try a new innovation. Here’s how it would work: Bets were placed on potential sports outcomes that were tracked in real time throughout the season. There were thousands of bets, but no real money exchanges hands (although, there was a cash prize).

For the virtual fantasy football and sports gaming event, Sirius XM Fantasy Alarm and Realtime Sports brought their knowledge of broadcasting and handled much of the production. Fantasy Alarm contributed their online talent and streaming capabilities and provided visual elements to the broadcast. Realtime Fantasy Sports managed the draft technology. Meanwhile, the FSGA staff brainstormed logistics, created an event microsite, and pushed out promotions.

“It wasn’t easy,” said Tony Veroeven, AMPED Membership, Sales and Marketing Manager, “but it sure helped to have passionate members on our team who knew what the audience wanted. Their expertise shortened the putt so we could focus on content and promotion.”

Plans are being finalized now for the FSGA Experts Fantasy Baseball League Draft which takes place February 22-25, 2021. From the successful results of the summer football draft, you can bet many of the same companies and players will be there. And thanks to the virtual broadcast, the fans will be too.

With nearly 25 years in association management, Jeanne Rosen lends her creativity, marketing and design talents to just about everything that leaves the AMPED office.

More posts from author
Wednesday, 07 February 2018 AMPED blogs you may have missed
Wednesday, 06 December 2017 In appreciation of Helvetica
Tuesday, 01 August 2017 Getting personal: Using hand-written notes to connect with members and increase retention