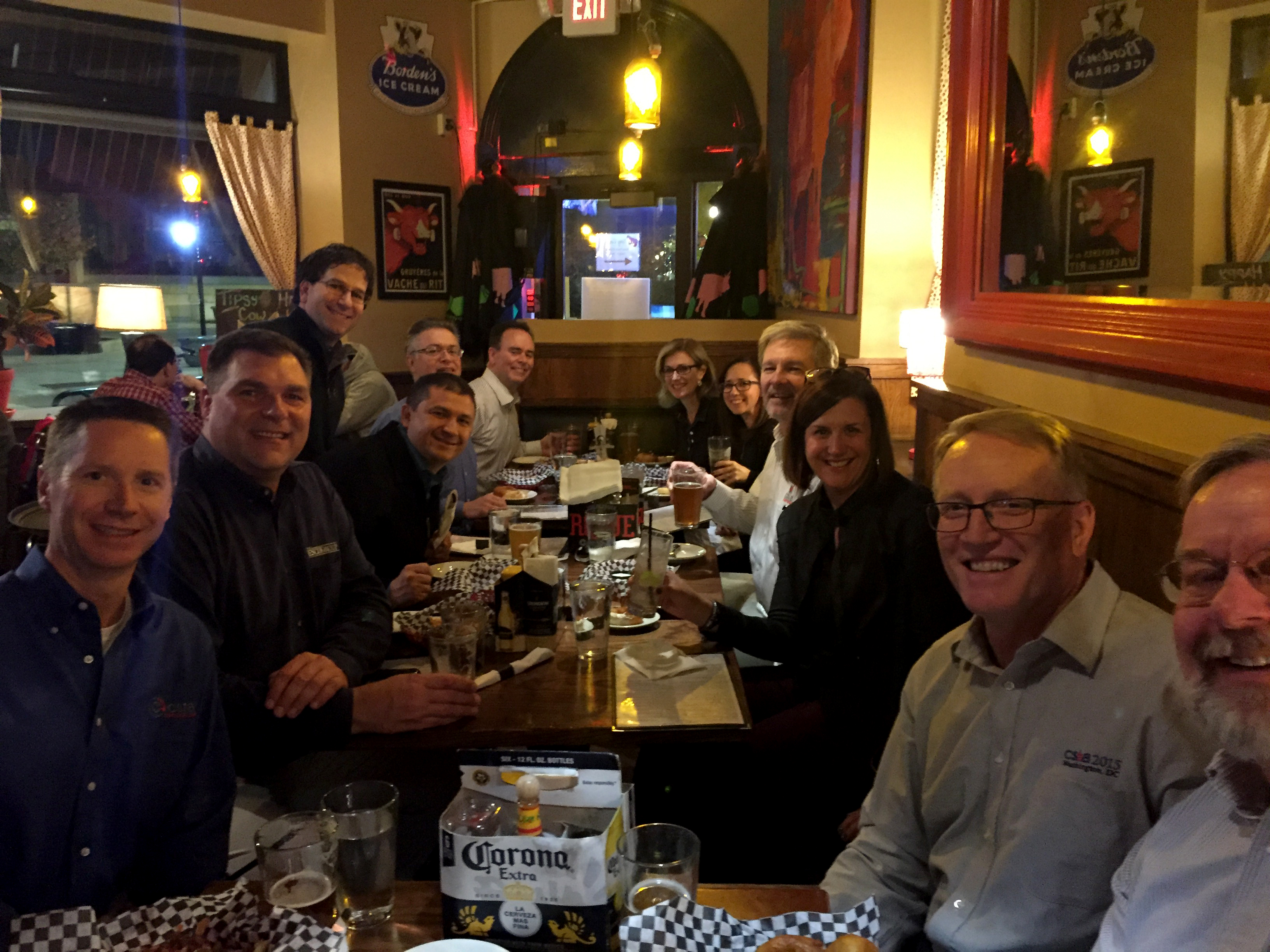 How many Board dinners do we have annually? Sometimes it feels like a weekly event in the world of association management. Annually, we bring client boards to Madison, Wisconsin – their “HQ.” This week was no exception – except we tried something a little different and had a blast!

Maximizing time as we always do, we kicked off the first night with a formal dinner in a private dining room with white linens and an LCD projector so we could set the stage for the strategy meeting that would ensue. Appetizers, good wine, salad, tenderloin or fresh fish, and fancy desserts = $1,000 for a party of 10. Then back to the hotel before 10 p.m. Check. Check.

A great meeting of strategy and lots of business were on the agenda for the following day. Then came the “risky” idea to go to a local tavern for bar food and trivia — one that does not take reservations (thus the risky part for a party of 12). The chalkboard filled with two dozen local brews was a hit. The Wisconsin deep fried cheese curds were a must. The casual atmosphere and seating provided a much lighter feel and even the local fare and "best burger in town" were a great hit. Total for a party of 12: $400.

We topped off thte evening with trivia night. Three teams of four out of 20 total competing. One lasted through the end and a number of us switched over to their table as the winning team grew! (I think we've all heard, people want to be on the winning team!)

"There are tons of books out there on the topic of diversity and, without trying,
we proved it through a two-hour trivia night with beers and burgers!"

As we laughed and reflected the final morning, we realized that not only did we have a great time, we learned a lot, too. The most diverse team performed the best. Ours had more ethnic, gender and age diversity than any of the other competing teams, which contributed to our success. Go figure. There are tons of books out there on the topic of diversity and, without trying, we proved it through a two-hour trivia night with beers and burgers!

Lastly, we talked about different personalities and styles. Some with confidence may not always be correct. Others we wish had pushed their ideas and opinions harder than they had. As we work together in this association we can see that play out in different ways.

Try something new and you may get something unexpected. Fancy dinners and fine wine are great, but cheese curds and trivia night can be even better!