Nailing it: Understanding association culture and history starting day one 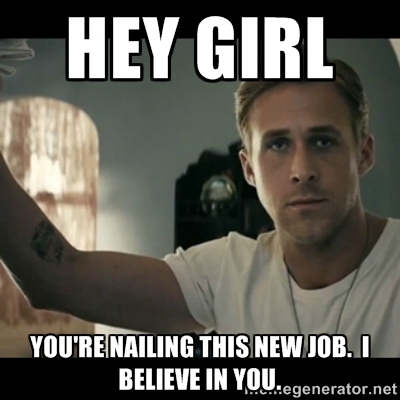 Next week marks three months since I began working at AMPED, but it feels like I should be celebrating six months. That is NOT a bad thing. Fortunately, with guidance from seasoned AMPED staff, I was able to jump right in!

On my first day at AMPED, Owner Lynda Patterson handed me two postcards: one for a local Madison event and another for IMEX America (a worldwide exhibition for meetings and events) in Las Vegas. I was excited to learn that I would represent AMPED at both events, but then swiftly panicked realizing I had so much to learn! Both provided opportunities to network with meeting industry professionals — local and national — and I had my work cut out for me to become knowledgeable of our company and diverse clients.

I made a point to learn the history of our client’s annual meetings as well as future goals to prepare for one-on-one appointments with exhibitors at IMEX. After 22 appointments and presentations in just two (long) days, I returned home more confident in my job and excited for potential meeting destinations and partnerships for our clients. Additionally, after repeating the “About AMPED” speech 22 times, I can say that I successfully have it down!

Just two weeks after I started, one of our clients held their annual summit. A few weeks later, we brought a client board to Madison for a retreat. And this week we host a leadership training program for yet another client. I quickly learned that there is always something going on at AMPED. It can be overwhelming, but these face-to-face opportunities allow us to get to know our clients better. I may not be fully involved in the details of these meetings but being present allows me to soak up information and help me understand how to work with each client to be successful.

One of the reasons I was drawn to AMPED was the importance of company culture — a professional environment that is fun, flexible and rewarding. Within days, I felt that to be true. Each Monday morning, AMPED staff comes together for a meeting to discuss the week’s top priorities allowing us to get a glimpse into each other’s busy schedules as well as offer up help and suggestions. It is a great way to start the week and prepare for big projects and deadlines and know that your colleagues have your back if needed. On Wednesday mornings, you will see the AMPED team walking together to a local coffee shop for “$2 Latte Wednesdays,” giving us the chance to get out from behind our desks and get to know each other on a personal level. And being new to Madison, I’ve started a new tradition called “Food Truck Fridays” so I can experience all the delicious options found on the Capitol Square. These touch points throughout the week help me get to know my colleagues, both professionally and personally, while also getting a sense of the overall work we are doing as a company.

Sure, there are days when I am reminded that I have lots to learn and wishing that I could be in the shoes of seasoned AMPED staff, but I am grateful for the experiences, both good and not perfect, that help me become a better meeting planner and colleague. Don’t be afraid to jump right in, professionally and socially. It makes those pesky Monday mornings much easier to deal with when you enjoy your work and those who work beside you.

Ch-Ch-Changes: Tips to smooth the transition to a new job 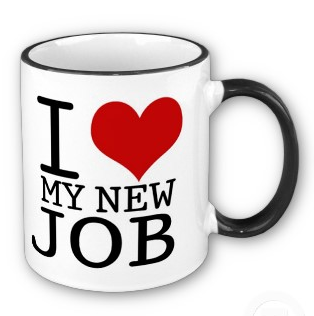 Adjusting to a new job is tough. Whether you’re making a career change after just a few months, or many years, transitioning into a new role can be downright scary. Changing jobs means meeting and trying to fit in with all new people, it means a new routine, perhaps a new schedule, a new commute, and obviously, a new set of tasks and expectations.

I recently started at AMPED after more than ten years with my former company. I went from being a wealth of knowledge and someone who others relied for all the answers, to being the one who knows almost nothing. My commute time more than doubled, which means my alarm clock now goes off an hour earlier. I sit at a desk the majority of the time now, when previously I had a good mix of sitting and being on my feet.

Practice your routine. In the days or weeks leading up to your first day at the new job, take some time to test out your new wake up time, commute, parking, etc. Even if you’re not able to try the drive at the time of day you’ll actually be commuting, do explore all the possible routes. Feeling confident in my new commute definitely helped calm some of my first-day nerves. Nobody wants to make a bad impression by being late on the first day so if you can squelch even an iota of that nervousness by not being concerned about getting lost, you’re in good shape!

Ask questions. You will undoubtedly get bombarded with information in the first days and weeks at your new gig. It will be entirely too much information to take in at once, but by engaging and asking questions, you may just retain a little more of that information than you would by listening alone. Likewise, nobody expects you to get everything right on the first try. If you’re feeling uneasy about a task you’ve been assigned, ask for help! Your co-workers are your best resources.

Accept invitations. It can be intimidating asking questions of those aforementioned co-workers if you don’t feel comfortable doing so. One of the best ways to get to know the people you’ll now be spending more time with than some of your own family, is by accepting their invitations. Whether they invite you to happy hour, or for a quick coffee run, it’s important to accept the invitation. Getting to know your co-workers outside of work can help you feel more at ease when you need their help back in the office.

Immerse yourself. Everyone learns differently, but in my experience, the best way to really “get it” is to fully immerse yourself. I was so scared to answer the phone for the first time, but I took comfort in the fact that the hold button was my new best friend. Any question that came in could be answered by someone in the office. And by fielding those questions and finding the appropriate person to answer them, I was learning something by listening to the response. Take the opportunity to listen in on conference calls, request that your co-workers copy you in on email responses so you can later use them as reference. Even if the information isn’t immediately relevant, it’s likely that you’ll benefit from it at a later time.

Stay positive. This is probably the hardest of all. Even after four months, I get frustrated when I don’t know how to do something, don’t know how to answer a member’s question, or mess up something that should be really easy. But it’s important to remind yourself that nobody figures it all out right away. The President probably gets lost on his way to the bathroom in his first few months in the White House, right? The bottom line is that we learn from mistakes, and we all make them. Beating yourself up over it just isn’t worth it. If you can manage to stay positive, even despite all of the inevitable mistakes you’ll make, you’ll be so much better off in the long run.

A look back at 2013: Surviving my first year in the “real” world

2013 – The year known for the birth of Prince George, the premier of Breaking Bad’s series finale and that time Miley Cyrus may have lost her mind. While each of these moments may have left a lasting impression on us in their own way, what about the more important impressions made? What are the most memorable moments of 2013 in your own life? For me, starting my first full-time job out of college definitely ranks pretty high. Both success and struggles accompanied me on this journey into the professional world. With each success I learned something and with each struggle I learned even more. So what are the most important things that I learned my first year here at AMPED?

Step away from your computer and desk. Our society is completely captivated with technology. We find ourselves staring at some sort of device for hours at a time! That’s crazy, if you think about it. Yes, emailing and the vast variety of different platforms we work in are an important use of our time; however, it is just as important to take a step away and use “old school” communication – that is, talking to someone in-person. Popping into a colleague’s office to ask a question, share an idea or to simply say hello not only keeps your mind stimulated but also fosters a great dynamic in the office. Even as technology continues to grow and perform the previously unthinkable, it will never be able to provide the organic experience that face-to-face interactions provide. Plus, a little exercise hopping from office to office never hurt anyone either.

Take advantage of the seasoned veterans around you. It may be a tough pill to swallow, but you don’t know everything. In fact, not knowing much of anything in your first few years with a company is much more likely. This is not to say you’re not a capable, intelligent employee, it just means that there is always something more to learn. There may be different communication styles, platforms, formats, templates, roles – the list can go on and on – than what you are used to.Take the time to learn from those around you. Your colleagues provide real-life perspective and experience, something a textbook or online resource can’t truly provide. They are knowledgeable not only of the specifics within the company you work for, but also bring a lot to the table when it comes to general professional experience. Don’t let an opportunity to learn from these coworkers pass you by. And hey, this one fits in nicely with stepping away from your computer desk doesn’t it? Get over to your coworker’s office and get some advice!

Get to know yourself and find out where your talents lie. Here at AMPED we “wear many hats,” so to say. Luckily for me, this means that I’m given the amazing opportunity to explore different aspects of association management each and every day. From meeting coordination, budget planning, marketing and strategic planning – I get to experience it all. It’s so important to give yourself an opportunity to discover what it is that you do best and more importantly, what you enjoy doing the most. Even if you don’t have the opportunity to dabble in multiple departments, you can still learn more about yourself and realize all that you have to offer. You may be in a graphic design role, but also rock at speaking in front others and leading discussions. Take initiative and lead the next marketing meeting!

It may seem as though these lessons strictly apply to a “beginner,” but this is far from true. Each lesson is important for all levels of professionals. Are you the seasoned veteran in the office? See what you can learn from new employees – they may have ideas that you’ve never considered before! Already have a good feel for where your talents lie? Keep challenging yourself! Find out how you can perfect those talents even more and perhaps discover new ones.